About our B&B, the Farmhouse, Farm and Locality 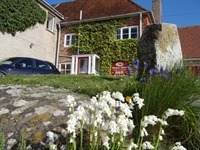 Manor Farmhouse is an attractive, spacious and comfortable home in which our family has offered traditional farmhouse B&B for nearly 40 years, alongside our working arable farm. The family has lived and worked at Manor Farm since 1885

We have three comfortable and spacious rooms - king and super-king size doubles, twin & family (up to four sharing). All our rooms have en-suite or private bathrooms, with plenty of space (they are proper rooms, not tiny cupboards!) and windows that open onto pleasant rural views!

We offer sumptuous traditional, vegetarian, vegan and other special diet breakfasts, and excellent evening meals are available in our popular village pub within easy walking distance. 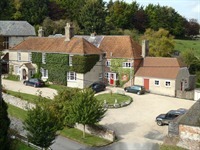 Manor Farmhouse dates from the 17th century, and during the last 300 years each generation has made its mark with additions and alterations. The original timber framed building was extended in the 18th century and the front was refaced in the 19th century. The farmhouse is Grade II listed which means it is "of significant historical importance to the nation". 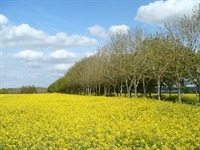 Manor Farm is a family farm of just over 500 acres. It has been farmed by the May family since 1885, and comprises an undulating block of ancient chalk downland lying between the 500' and 600' contours. It has some of the highest land in the area, and consequently the views over the surrounding countryside are spectacular.

Originally the family farmed a tenanted farm, Rivar Farm near Shalbourne, about 8 miles away, but they took over tenancy of the Manor Farm at the end of the nineteenth century. The land then formed part of the Savernake Estate owned by the Marquis of Ailesbury. In 1928/29 most of the villages and land that formed the Savernake Estate and comprising thousands of acres in Wiltshire, were sold. The May family bought the Manor Farm that they had been renting, and it has belonged to them ever since. Jackie Macbeth (neé May) is the fifth generation to live in the farmhouse.

Today it is run as an arable farm, growing mainly wheat and barley (with some oil seed rape and linseed). We would like to be able to say that the farm produces the raw ingredients for two staple foods - bread and beer - but that is only partly true. The thin chalky soil makes it impossible to achieve the required quality of wheat for bread flour, and it is generally sold for animal feed. However, the naturally low nitrogen in the downland soil makes it particularly good for growing malting barley, used for brewing beer.

We have a livery yard, converted from the old dairy, with a sand menage and 36-fence solid cross country course for the horses and their owners to enjoy. In conjunction with Manor Farm Livery, paddocks and stabling may be made available to B&B guests.

We try to keep a balance between agriculture and conservation and over 20,000 trees have been planted since the mid 1980s. On the farm you will see evidence of traditional hedge laying, coppicing, thatching and downland management.

There is superb walking, cycling and riding from the farm with many public rights of way in the locality. We are approximately 2 miles from the Wiltshire Cycleway. 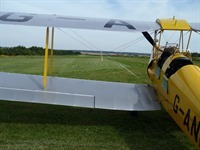 We have a small private grass airstrip in the centre of the farm, and extend a special welcome to guests arriving by air. We will transport you the short distance between the strip and the farmhouse, and as excellent evening meals are vailable within walking distance there's no need for a car. Manor Farm Strip is a fabulous base from which to tour southern England. This is a snippet of what the UK VFR Flight Guide has to say about us: "AD in excellent condition. Well prepared rwy. Manor Farm an excellent B&B." What more do pilots need?

The 600m x 30m strip runs approximately east / west (10 / 28) along the top of Inham Down (643ft AMSL), and was first used as an aircraft landing field in April 1997. Since then we have welcomed a wide variety of interesting aeroplanes (from Tiger Moths to a Turbine Bonanza), helicopters and microlights, as well as balloons, gliders, powered hang-gliders and an autogyro! In 2002 we were one of the airstrips chosen for a helicopter world record attempt.

Due to limitations on the number of movements, we have regrettably had to restrict flying visitors (other than on fly-in days) to those who are staying with us at Manor Farm B&B. If you are interested in flying in, it is imperative that you call for PPR and a full briefing. 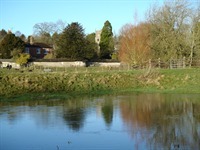 The small village of Collingbourne Kingston is nestled in the beautiful valley of the River Bourne, and is surrounded by the "big skies" and rolling chalk downland for which Wiltshire is famous. We are within the North Wessex Downs Area of Outstanding Natural Beauty which stretches away to the north and east, and adjoins the vast wilderness of Salisbury Plain immediately west of the farm.

Our village and those nearby have many pretty thatched cottages, ancient churches and popular country pubs.

The River Bourne is a "winterbourne" (flowing from autumn through to spring) and flows south to become a tributary of the River Avon at Salisbury. The River Avon joins the sea at Christchurch, Dorset.

The valley of the River Bourne lies just south of the beautiful Vale of Pewsey, which divides the extensive upland areas of the Marlborough Downs to the north, and SalisburyPlain to the south. The recently restored Kennet and Avon Canal passes through the Vale of Pewsey.

The village falls within "Kennet District" which is officially described as "mainly rural and agricultural in character and includes some of the finest landscape in southern England." About 66 per cent of the District is included within the North Wessex Downs Area of Outstanding Natural Beauty and a further 20 per cent is designated a Special Landscape Area. 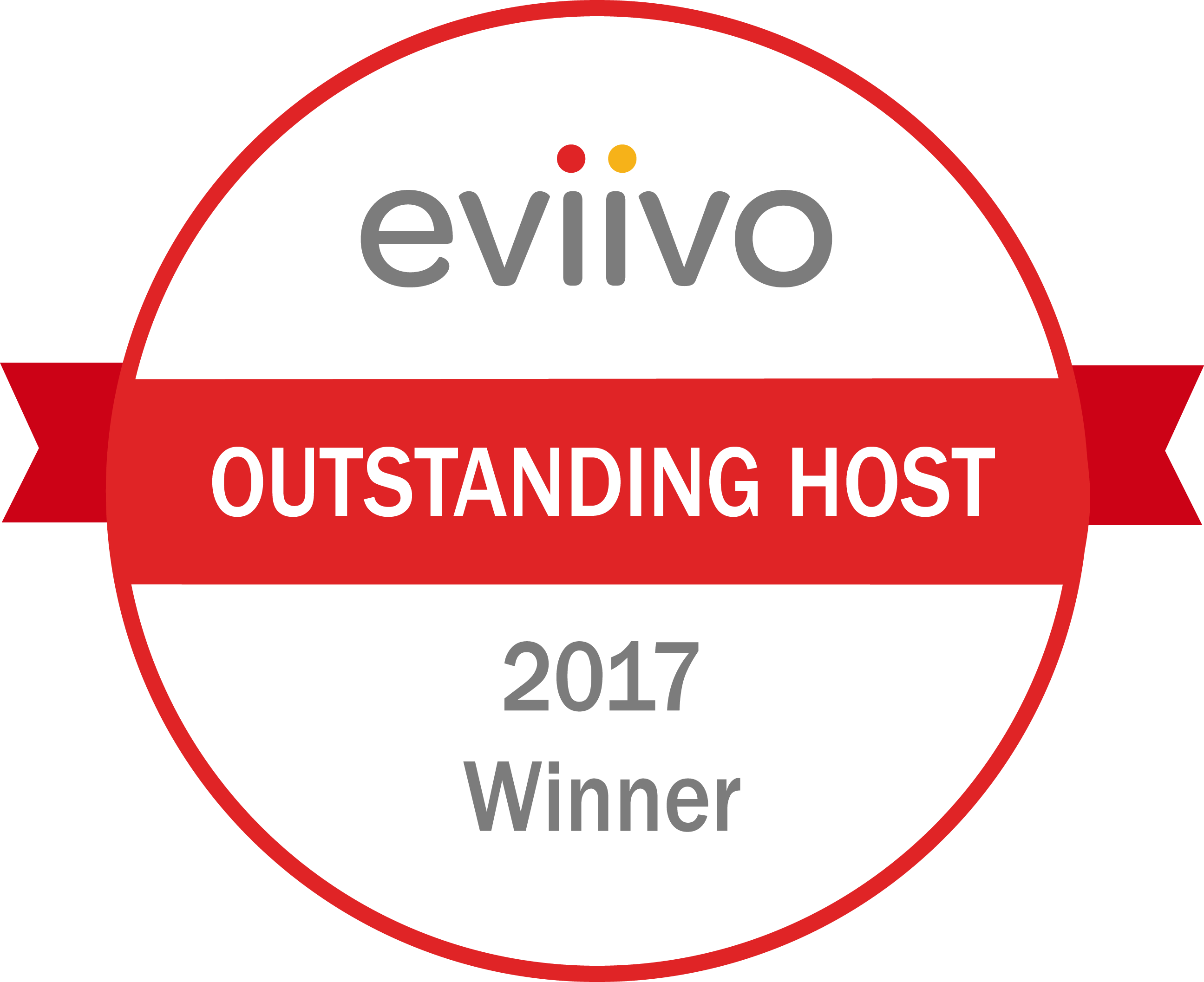 We hope you enjoy our new aerial video which has some stunning footage of Manor Farm B&B, Collingbourne Kingston and the surrounding countryside, with music by Jackie and flautist Richard Selman. 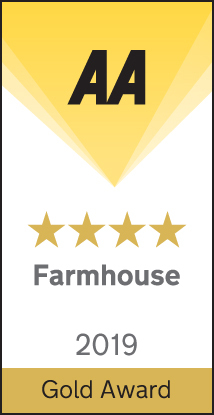 Like most traditional farmhouse B&Bs, we close during the day, and ask guests to vacate their rooms between 10:00am and 4:00pm daily

Children Welcome, age 8 and above

For more detail see our FAQ 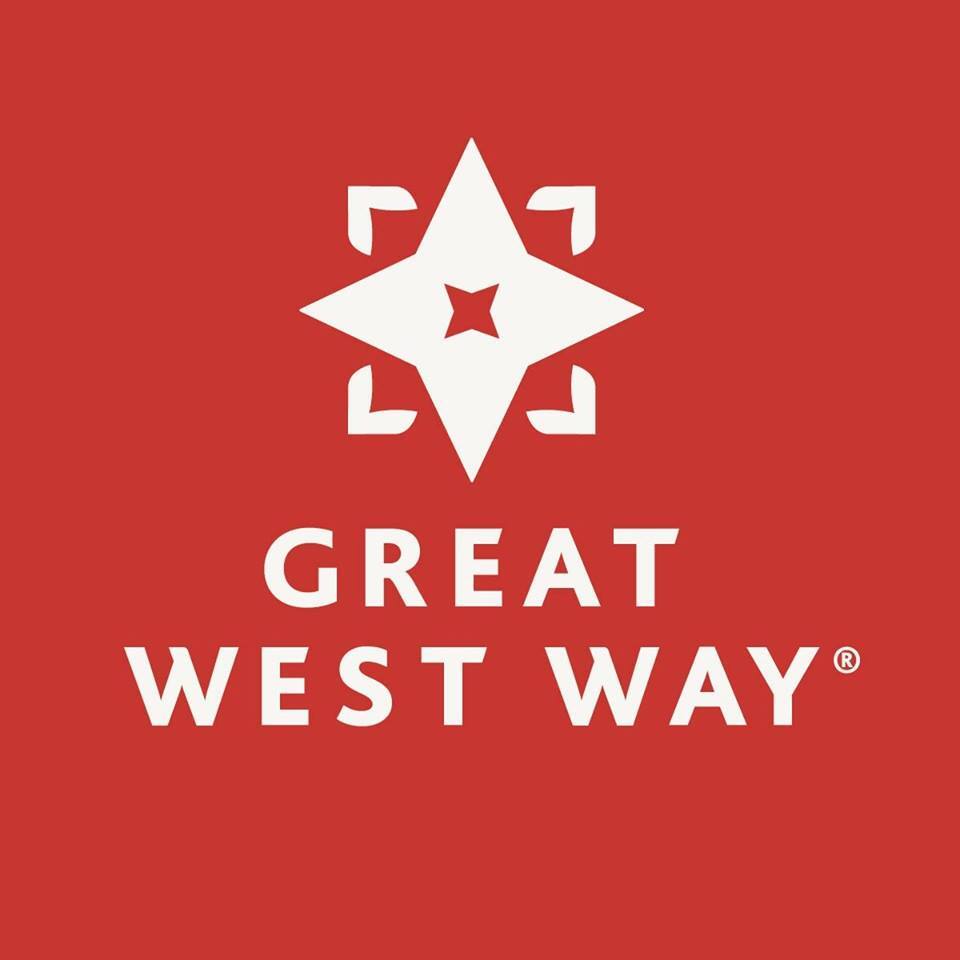